Well, you knew it was going to happen eventually. I’ve put it off for over a month. I can’t help it anymore. I’m going to write a blog entry about sports.

Specifically, I want to talk about the importance of preseason NFL football games. Technically, the official NFL season doesn’t start for another couple of weeks. However, before the season begins, they start playing what are known as preseason games. Why? Well, for several reasons.

1: More games = more money.
2: The only other sport showing on TV right now is baseball.
3: Baseball is approximately 87% boring.
4: There’s a legitimate reason too, but I’ve forgotten it.

So, instead of waiting until September, I can run out to a bar tonight if I so chose and watch some “freakin” football.

The only problem is that, both technically and practically speaking, the games don’t really mean anything. The amount of games a team wins in the preseason bears no weight on the team’s overall season record. Here’s an example: going into the Lions-Colts preseason game today, the Detroit Lions (my favorite team despite them being the second worst team in the league last year) have a 2-0 preseason record. The Indianapolis Colts (or, the team that won the Superbowl last year and whose quarterback, Peyton Manning, was both the MVP of the Superbowl and the MVP of our hearts) have an 0-2 record this preseason.

What does this mean? Did Detroit become drastically better over the past half of a year? Was there divine intervention involved, or a Faustian bargain? On the flip side, did the Colts suddenly become awful? Have they become fat and lazy feasting upon the delicious victuals of championship fare? Did Manning's throwing arm fall off?

Well I do. Because it's fun, and it gives me something to watch until the college football season starts. Go Lions. 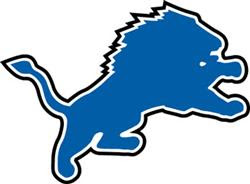