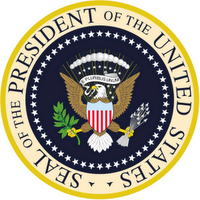 I understand that the issue of immigration is one very close to the hearts of the American People. On the one hand, everyone on this continent is the descendant of an immigrant (even you, Native Americans, whose ancestors crossed over the Bering Straits on a bridge of Ice or across the Pacific Ocean on some sort of Polynesian boat, depending on who you ask). On the other hand, America is like an exclusive club – you don’t want to let just anyone into the country. They might commit horrible and atrocious crimes. Like perform cheap manual labor.

So, after meeting with one of my top aides on a fact-finding expedition to the Avenue Tavern on Broadway in Chicago, we have come up with a solution that I would like to make one of my campaign’s “Party Points,” which is a term that will replace the term “platform” by the year 2040.

The United States will build a seven-tier fence around the country’s borders. Hold on – I’m not done. In front of each tier of the fence there will be some sort of challenge to complete before one can move on to the next fence. Once the potential resident completes all seven challenges and gets over all seven fences, they will have effectively earned their keep and will be handed a green card.

Basically, we’re talking about a combination of immigration and Japanese game shows. In fact, the fence will be maintained using money accrued through selling video footage of people trying to get through the fences. We may even turn it into a full fledged television show. We’re still working out those details. I’ll probably be the host.

Here are my thoughts on the different challenges:

As always, I am open to any suggestions that the electorate might have regarding possible challenges.

Now that’s what I call a solution. Once you elect me president in 2040, you can expect all sorts of hair-brained entertaining solutions to world problems. Also, you can expect a lot of sex scandals. A lot.

I like the fence idea, but believe it could use some improvement. The fences should each require a necessary skill for survival in this club. For instance, one fence could contain a ballot test. The fence-goer would have to correctly identify the candidates for a successful country (i.e., the most conservative, backwards, fence proponents). Another fence could be a lawn manicure challenge where each fence-goer would have to correctly manicure the finest lawn in desert-ridden Texas. I think you get the idea, fence boy.