For those of you who haven't read, evidently Richard Simmons' Dalmatian dogs are like oracles, who impart wisdom on those seeking to make big life decisions and need solid advice that they can trust. With that in mind, I've created a feature on Clever Title called... 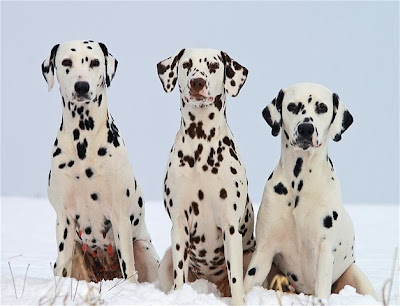 The past two weeks have been very special for Ask Richard Simmons' Dalmatians, because the Dalmatians are in China judging Women's Freestyle 55kg Wrestling. As such, they have been unable to provide advice. However, I did receive a post card from them just the other day that I would like to share with you now: 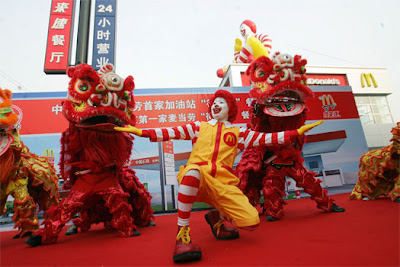 In China judging Olympics. This country is crazy! Food here not so good, but at least we're still on the 'eating' side and not the 'eaten' (watching our step just in case). Also, Great Wall... not so great. Hung out with Spanish basketball team the other day. Those people are hilarious. Anyway, gotta run. Judging Russia vs. Georgia in Womens' Wrestling. Wanna bet who wins?


Wish you were here,

Questions? Concerns? Leave them in the comment box! Who knows, you may see your comment next time on Ask Richard Simmons' Dalmatians.
Posted by Unknown at 8:01 AM

dear richard simmons' dalmatians,
this wedding season i've noticed there is a popular trend among couples-to-be creating a website of themselves for invited guests, their family and friends. is this couple-site thing exclusively married people specific or can i start one with my boyfriend? could i make a website including myself and someone i want to be my boyfriend? would that work? what do you think? also, i like presents a lot and so would having a gift registry on my boyfriend and my site be acceptable or just tacky? thank you tastemakers!