Wait, Badminton is an Olympic Sport?

For someone who has barely watched any Olympics at all this year (not that I'm boycotting per se so much as don't have television), I've talked about it a surprising amount. I guess this is testament to the ridiculousness that ensues when you get people together from all over the world.
This latest bit is courtesy of Cuba where apparently a Cuban taekwondo athlete kicked a ref in the face.
Not that I blame anyone for accusing China of fixing the Olympics or anything. Their women gymnasts were all 12 year old girls crossbred with Spiders, and their Gold Medal Men's Singles Badminton player (that's an Olympic sport?) turned out to be a robot.
Still, when you need freaking Fidel Castro to vouch for you, you know you probably did something ridiculous.
This should also teach all of you young parents that taekwondo is probably not the best anger management lesson for your children.
"Eat your vegitables!"
WHA-CHUNK! 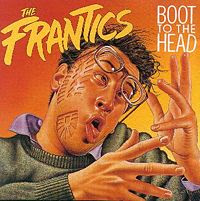 Email ThisBlogThis!Share to TwitterShare to FacebookShare to Pinterest
Labels: Sports

I went over this website and I believe you have a lot of wonderful information, saved to my bookmarks 5 Factors Sport Men Should Consider In His Career

i was just browsing along and came upon your blog. just wanted to say good blog and this article really helped me. Fútbol mexico hoy

i was just browsing along and came upon your blog. just wanted to say good blog and this article really helped me. 토토사이트

thanks this is good blog. apostas gratis