This whole ghost thing has really gotten out of hand.
Yesterday Katie and I went to see Ghost Town, the new movie with Ricky Gervais, Tea Leoni and Greg Kinnear. It's about a dentist who dies momentarily while getting a colonoscopy and when he wakes up he can see ghosts. Kind of like Sixth Sense. Then, because it's a comedy, he falls in love with a ghost's ex-wife. Hilarity ensues.
Ricky Gervais was very good in his Ricky-Gervais-in-Extras way, and the rest of the cast was strong. It was actually quite enjoyable and a good date movie. Or would have been, if not for one glaring problem that nagged at me like a festering papercut during the whole movie.
That festering papercut is called 'realism.'
I don't know what the deal is with these crazy magical Hollywood movies that would have you believe that there are a bunch of really nice, friendly ghosts out there who are just trying to let their loved ones know where the family heirlooms are before they pass on to their afterlives, but it has to stop. Do they really expect me to suspend my disbelief and just accept this hogwash in my movies?
I can't do it anymore. This has gone too far.
And the reason why is because everyone knows there is no such thing.
Everybody knows that ghosts are mean, evil, vindictive, creepy creatures. The idea that a ghost would somehow be a nice guy trying to right the wrongs of his past life is just plain ludicrous. It's an invention of Hollywood that in no way represents the reality of ghosts.
Ghosts are scary, people! They try to push living beings down flights of stairs, and they throw vases and they make blood gush out of elevator doors! We need to be on guard against these vile creatures, not contemplating how to help their still-living relatives find missing stuffed squirrel dolls! You want ghosts? I'll show you ghosts! 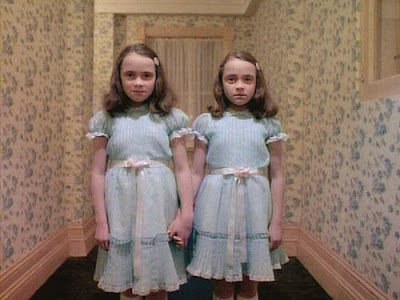 Now that's creepy! In Ghost Town, one of the ghosts is played by Cameron from Ferris Bueller's Day Off! CAMERON! The guy that wouldn't get out of bed at the beginning of the movie! 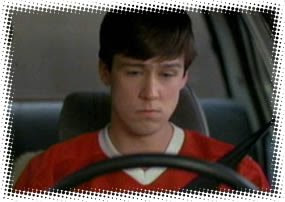 When I saw this face on screen, I could take it no more. I needed to make sure that everyone was aware of the travesty we were seeing. I stood up and shouted:
"This man is an imposter! That's no ghost! That's the guy from Ferris Bueller - the friend!"
Of course I was booed and had popcorn thrown at me. Evidently the whole crowd had been previously brainwashed. Katie tugged on my sleeve until I sat back down. I don't think she was pleased. But I knew I had to tell as many people as I could.
I don't want people caught off guard when the gigantic ghost painting starts to talk and covers an art museum is pink slime. 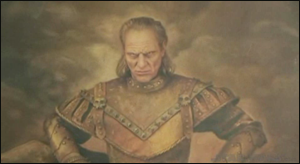 Other than that, though, the movie was good.
Posted by Unknown at 8:26 AM

Email ThisBlogThis!Share to TwitterShare to FacebookShare to Pinterest
Labels: Movies

ok yeah ok.there is such thing as ghosts maybe but dont just do that cuz everyone knows this is a movie.ghosts are never real in movies.but i love the guy who plays camron in ferris bullers day off and EVERYBODY knows him.