It's Friday: And We're Taking the Internet With Us

I've spent the last couple of days refusing to put in my window air conditioning unit. Why? I don't know. I mean, I live up on the top floor of a brick apartment building. It's freaking hot.
Maybe I thought that holding out would make the experience of having air conditioning that much sweeter. Like waiting for a while would make coming home like returning to a wintry paradise.
Yesterday I succumbed to the heat and put the air conditioner in. I turned it on high, went out and ran some errands (buying scotch and Liquid Plumber) and came back expecting to see penguins.
To my shock and horror, it was still hot as hell. Not even a dent.
After a couple of hours it became livable, but damn what a disappointment.
I'm exhausted. What's today? Oh yeah, Friday.
A couple of Friday items, then:
Celebrity Deaths: As a member of the Fraternal Order of Interwebtube Posters, I would be remiss if I didn't fulfill my obligation to remind you that both Farrah Fawcett and Michael Jackson died yesterday. I don't know how you could be on this blog and not already know this, but there you go.
It's funny - well, not so much funny as interesting - how quickly people push aside the "this guy was a total freak who hung his baby out a window" aspect and focus on the "thriller was sweet" aspect of Jackson's life. A more bitter and jaded me (who is scheduled to arrive in about three years) would see that as a commentary on how fickle people are, but current me would like to see that as a testament to the fact that the man's music was so powerful.
An Interesting Side Note: and a testament to either Jackson's popularity or the power of boredom at the end of the work day, but news of him going to the hospital nearly brought down the Internet yesterday, according to this CNN.com article.
Audit Reveals 257 Ghosts on DPS Payroll: I just love the title of this Detroit Free Press article. So much so that I became caught up in the thought of ghosts teaching public school and the comedy that might ensue. As a result, I failed to read the article itself. And I'm too lazy to do it right now.
In Related News: Corrupt Detroit Politician pleads guilty to Corruption. The biggest surprise in this story, also from the Free Press, about City Council Member Monica Conyers? The fact that she plead guilty and saved everyone the embarrassing slog-fest that would have been a trial. This cannot be said for a certain other Detroit politician.
Chicago, please take note of this and be thankful that our city officials are good enough to not get caught.
Damn, all the news these days is so depressing. I can't leave this post on that note.
Hmmmm.
Random picture time?
Yes, Italicized me. Random picture time.
CHECK IT: 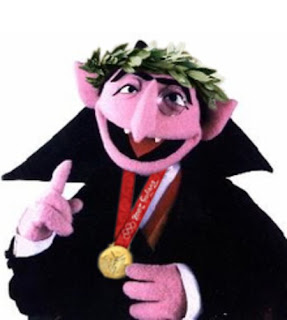 Nat, you should have read the article! They were talking about real ghosts! Who you gonna call?

Now I feel like an IDIOT! And I'm too stubborn to go back now.