Few Americans know that this week marks the arbitrarily selected “birthdays” of two – count them two – North American countries: our own nation and our friendly neighbor to the north, Canada. 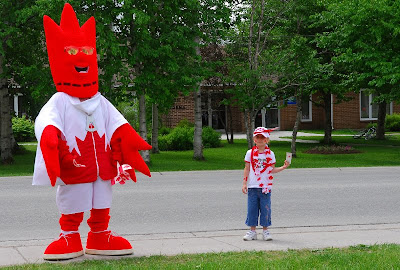 Not sure what's going on in the above, but it is most likely awkward.

Since a high number of Americans have difficulty even finding such exotic foreign countries as Hawaii on a map, I thought I would take this opportunity to enlighten my blog readership (of three people) with a couple of quick, little known facts about our friends.

Canada Facts that are Little Known by the General American Populace!!

A quick note on Canadians themselves: If you ever have the chance to engage a Canadian in substantive conversation, you will find them on the whole polite and friendly. I quite like them as a group, have been to Canada several times, and have been fortunate enough to have many Canadian friends. They’re good people.

Occasionally though you might run across a Canadian who wants to discuss politics, regardless of the amount of times that you assure them you have no hand in actually constructing foreign policy, or that you have no influence in regards to shaping the American heath care system, and that you don’t really know anything about Nicaragua, or that you didn’t vote for Bush or that outside of one vote every four years you have no power to run the country so why the hell are you shouting at me about things over which I have no control? JUST LEAVE ME ALONE AND LET ME ENJOY MY BEER! Christ!

Try to avoid these conversations as much as possible as they are on the whole unpleasant and pretty much nothing you can say will make you not look like a dick.

Your best course of action is to smile, be polite and friendly back, and try not to refer to their currency as “Monopoly Money.”

Another neat fact: 75% of the Canadian population lives within 90 miles of the US Border. Soon, the Canadian Strike Force, led by a wall of Super Glaciers, will level this country to make the largest Ice Rink / Tim Horton's complex ever.

Do they have poutine in Windsor? I love this stuff - http://en.wikipedia.org/wiki/Poutine