Today marks the two year anniversary of this here little corner of the interwebs. Hooray blog! Thanks to all five of you who regularly visit. I'm doing this for you. And by "you" I mean "my own sense of self-satisfaction knowing that people actually waste time out of their busy day to look at pictures of Love Bears." 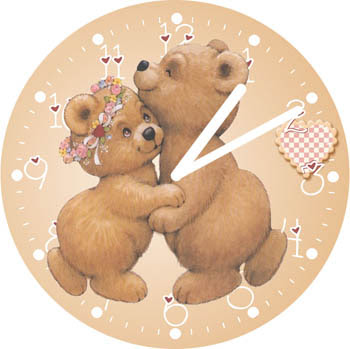 Let's do as we do every Friday, which is to look back at the week and make random and inane comments.

Maybe I'm a bad baseball fan in that I root for my team and not the sport in general. Who knows? But from my standpoint, we have to take a four day break from playing games I care about so that there can be a home run hitting contest that I can't watch because it's on ESPN and an All Star Game featuring pitchers who pitch one inning a piece before chilling out for the rest of the night.

And it's not like there are any other sports to watch in the meantime. Baseball is it this time of year.

To that, I give a big fat Meh.

Enough of Sports. Let's dish on some...

Gay Penguin Drama! Courtesy of CNN, the arbiter of all things newsworthy, comes a video about two gay penguins who finally have broken up. I tried to embed the video but either Blogger or CNN hates me, so you'll need to click the link.

It's like a soap opera for penguins. Which is actually kind of a great idea. I just wish they could have had Morgan Freeman narrating the clip.

Out of Work Comedians? Have you thought of working for the government?

The Department of the Treasury is looking for contractors to "conduct two, 3-hour, Humor in the Workplace programs that will discuss the power of humor in the workplace, the close relationship between humor and stress, and why humor is one of the most important ways that we communicate in business and office life."

"The presenter shall refrain from using any foul language during the presentation."

Disqualified. Fuck.
Posted by Unknown at 11:17 AM