…And there will be no deep dish pizza, so they better get used to seafood. Lots of seafood.

For those of you outside of Chicago who have to spend their time living their own lives and not thinking about things that are essentially trivial, Chicago is gunning for the 2016 Olympics!

The two main contenders are Chicago and Rio De Janeiro with Brazil holding a slight edge because, come on man, it’s freaking Rio De Janeiro. But, if there’s one thing that might be able to sway the Olympic committee, it’s some good ol’ fashioned Chicago political strong arming combined with a healthy dose of star power. And to that end, we’re calling in the big guns.

Yes, the Obamas are taking time out of their busy schedule (health care, Afghanistan, Iran’s nuke program, halting the rapid collapse of the country) to go pitch their home town to a bunch of Danes.

Don’t get me wrong. I’d love to have the Olympics here. I’m just saying.

But, if we’re going to pull out all the stops and invite everyone ever along for the bid, we may as well know what we’re up against.

So, how about some quick facts about Denmark?

Where does Denmark get their name? The country now known as the Kingdom of Denmark was originally named after their first king, King Dan. Think of every weird Scandinavian name you’ve ever heard. Now think of what a coincidence it is that their first king’s name was ‘Dan.’

Denmark was once a Viking kingdom bent on looting and terrorizing the Christian world. It is now home to the Little Mermaid statue in Copenhagen harbor. In fact, how about a quick game of compare and contrast? 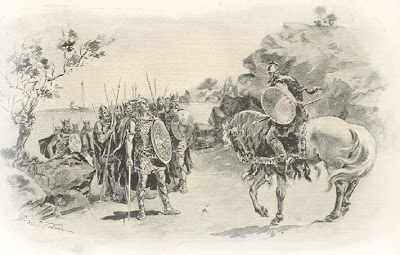 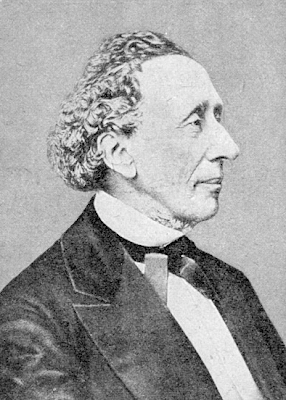 What the hell happened here?

They might seem like pushovers to the general Chicagoan, but be warned: beneath that polite and friendly exterior lays a seething Viking heritage waiting to come out.

Copenhagen was originally a small fishing village, which has risen to become home to what is widely considered the best public transit system in the world. So, Chicago delegation, please take note. Please.

Things to do in Copenhagen include: riding bikes, eating fish, living a healthy lifestyle and deviant sex.

Good luck, Daley! Enjoy the herring!
Posted by Unknown at 10:34 AM