Friday: Has Come Down With a Case of the Rudes

Yeah, yeah; I know. Sorry. Here's your Friday post:
It's Like Swine Flu, But Impolite!! Seems like everywhere you turn this week, public figures are being rude!
Saints preserve us!
Joe Wilson accusing the President of lying?! Out loud?!
Serena Williams freaking out at a line judge?! On television?!
Kanye West drunkenly slurring something in front of Taylor What's-her-name?! On MTV, that bastion of propriety?!
Apologies! Apologies all around, you malcontent public figures! Gnash thy teeth and tear thy hair out before the stern disapproval of Jay Leno, thou naughty rich persons! Submit to the flagellation of media outrage!
Do you not know that freedom of speech is prized in every court in this country save one: the court of public opinion?!
FOR SHAME, CELEBRITIES!! FOR SHAME!!
Now let me return to screaming obscenities at customer service representatives over the phone.
On a Related Note: who gives a shit? Seriously?
Anyone? No?
Please, Cracker Barrel, Just One More Biscuit For the Road: A Georgian man (the state, not the embattled war torn nation in the Caucasus. You know it's a country too right? No? Educate yourself. Jeeze. Wait, what was I doing? Oh yeah!) has been banned FOR LIFE from Cracker Barrel for allegedly beating the holy hell out of some woman whilst shouting racial slurs.
RUDE!! QUICK!! BLAME JOE WILSON!!
Hey, want to play a quick game of "confirm your stereotypes?" Guess what the guy looked like!
Here are some hints:
(A) Racist
(B) Eating at Cracker Barrel
(C) From Georgia.
If you guessed... 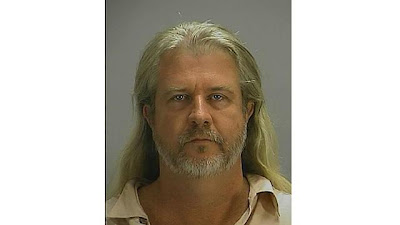 Then you win a prize! Probably an old timey prize, like a piece of Cracker Barrel hard candy or one of those puzzles they make out of bent nails and horse shoes.
Personally I don't know what I'd do without Cracker Barrel. I rarely ever eat there, but when I'm on a road trip through the heartland, nothing satisfies you like a chicken fried steak and some checkers while you wait.
On a Personal (Plug) Note (Plug plug): rehearsals for Mrs. Gruber's Ding Dong School have been going well. We're about two-thirds blocked after two rehearsals, which is good, and our cast has confirmed what we suspected during auditions: that they are all, indeed, funny. The show goes up in less than a month, so there's lots of work to do. But yeah, come see it. It opens October 16th, and runs to November 21st.
And Finally... just to make up for semi-lame posting around here this week, hows about a picture of our old pal? 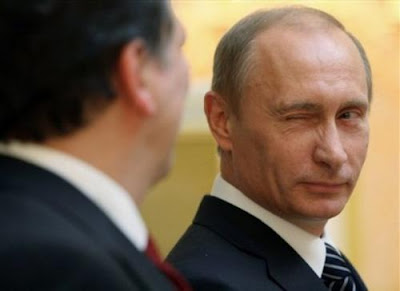 Even with the sexy wink, there's still that slight air of death.
Happy weekend!
Posted by Unknown at 9:32 AM

"I won't kill you and your whole family" *wink wink*