Ah Friday: you may be cold. You may be rainy. But you're still you, Friday, and for that... I don't hate you.
What do we want to talk about today?
Don't you have a show coming up?
Why yes! I do! Thank you for reminding me. And by reminding me, I mean mentioning the thing that has constantly been on my mind for about a week and a half.
BEHOLD, RAMPANT PLUGGERY!! 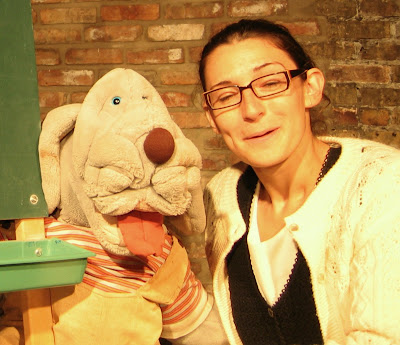 Opens one week from tonight. COME! COME IN DROVES!
Hey, enough already. You're boring the piss out of me.
There you go being crude again. Can't we please just be civilized? What else?
We could talk about what EVERYONE IN THE WORLD IS TALKING ABOUT RIGHT NOW.
You mean this?
Yeah.
Barack Obama: President, Incredibly Handsome Man, Basketball Player, and now... Nobel Peace Prize Winner. Which has prompted America to collectively cock their heads to the side and give the rest of the world a suspicious glance, as though to wonder in one voice, "What the hell is going on here?"
Don't get me wrong. I like the guy. I'm glad he got an award. But Peace Prizes shouldn't be flowing through the White House door until at LEAST, you know, the second year of the guys presidency.
I figure there are a couple of possibilities:

I got one. #4 - this is a sign of the Apocalypse, and Barack is the Anti...
WHOAH.
What?
That kind of crazy is not allowed on this blog.
Hey, I just call it like I see it.
Did you know "I just call it like I see it" is the number one phrase used to justify saying something awful? Following by, "I'm just being real."
They don't call me Bold Font for nothing.
Well, see your way out of here, Bold Font. We don't want your brand of asshole around these parts.
You'll come crawling back. They all do.
Two things to take out of this Nobel thing, as far as I'm concerned. First, what does it say about the state of the world when the Nobel Peace Prize goes to someone simply for offering hope? Second, it's strangely kind of comforting that even my most liberal of acquaintances are skeptical of giving the guy an award after less than a year on the job.
How am I going to make it clear that I'm moving to a new topic now that Bold text is gone?
Ooooooh. Hello Nat. Can I... assist you?
Oh. Hey. It's Italics. Uh... sure.
Let's take a little look at some deliciously racy pictures of cartoon vixen, shall weeeeeeee?
Yeah. I guess Playboy is putting Marge Simpson on their cover. Which is a little...
Ooooooh, you know I have a thing for llllladies with blue hair.
...
Oooooooh.
Okay, you know, this isn't working. I think I might want Bold back.
Fuck yeah you do. Oooooooooh.
Can I go home yet?
Posted by Unknown at 1:26 PM