Of course, if you've been here before you probably already know this to be true. But normally this blog kills brains with nonsense and pictures of medieval torture or muscular clowns. This post is more about general blogging.


To the point, here's an interesting article on CNN.com about the effect that digital diaries (like this blog) have on our capacity to reason and process information.


Of course, when I say "interesting article" what I mean to say is "interesting only to nerdy people who have a preoccupation with this subject because they have a blog," so, you know, take that with a grain of salt.


For you lazy people out there, here's a summary that way oversimplifies the article to the point of ridiculousness:


"Hey, do you remember what you ate on your first day of work? No? Well, now with Twitter machines and blogoverse and shit like that, you can write everything down so that one day you can read over it again and remember. Wait, though, is that going to DESTROY OUR MINDS? Some researchers say no. But, other researchers don't say no. Because if you're always worried about how things are going to look on Twitter, then you're not living in the here and now. And is that really living?"


Of course, the reader comments are all along the lines of "Kids these days can't do simple math! They don't even know how to use a regular phone! The end of the world is coming! Why is technology trying to kill the world?!"


I don't know, man. I think there will always be a part of us that distrusts technology. I'll admit to the occasional irrational fear that one day the entire interweb goes down and the entire Earth grinds to a halt and then the stars fall from the sky and monkeys become our superiors. I can't help it. I have an overactive imagination.


But at the same time, I think having access to information constantly will have the net benefit of making us more intelligent. The CNN article quotes a Douglas Hofstadter, who says that human intelligence is "...about finding the essence of things.... It's not about restoring everything. It's about reducing things in complexity until they're manageable and understandable." Here he is arguing that keeping track of every minute detail harms that ability to weave our experiences into a comprehensive narrative. Which, to stray from the point here, these interweb applications do clutter the world with a lot of useless information. I mean, do you really want to know what I ate last Thursday? You do? I went to Hot Doug's. Jealous?


But my beef is more the irritation that comes from being bombarded with nonsense, not with the fear that all of that nonsense will somehow turn our minds into a pile of gelatin. If anything, I think that having this level of detail and that amount of information heightens our ability to sift through nonsense and weave everything together into something comprehensible.


Granted, people need to be able to add and subtract and read and other basic functions. And they need to be taught how to reason. But I don't think you can blame the availability of vast stores of knowledge for "them kids these days" lacking in those capacities.


Nobody blames libraries for making kids dumber, do they? And they are essentially just a less efficient method of collecting information.


Nobody blames land line telephones for decreasing our ability to cope with life, do they? They are essentially a less efficient method of communicating.


Of course not. This would be the same thing as blaming hammers for making it easier for us to build homes. The shoddy workman blames the tools.


Wow, that was longer than I thought it would be. Let me make it up to you. 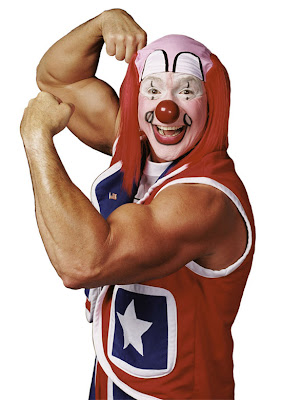 Email ThisBlogThis!Share to TwitterShare to FacebookShare to Pinterest
Labels: CNN, interwebs, Nerdery, The Impending Collapse of Society As We Know It