No Christmas season would be complete without politicians bitching at each other about whether or not it’s politically correct to talk about Christmas in public.


In a perfect world, we wouldn’t have this discussion because all religious holidays from this time of year would be recognized as federal holidays and we’d all have the day off for Christmas, Hanukkah, Kwanzaa, etc. In a just-slightly-less-than-perfect-world-but-much-less-ridiculous-than-our-current-world world, people wouldn’t talk about that kind of thing because it’s an incredibly stupid “issue” that doesn’t warrant anyone wasting their precious time or mental energy.

But alas, the world is not perfect. And so we get to deal with this shit every year.

House Representative Henry Brown, a Republican from South Carolina (I know, a Republican in South Carolina; you’re shocked and surprised; breathe into a bag or something) feels we need legislation protecting Christmas from ourselves: "What I'm afraid of,” he admits with palpable fear, “if we don't bring some kind of closure to this continuous change, then in 20 years it will almost be completely different from what we see today ... and so we would lose the whole emphasis of what the very early beginnings of Christmas was all about." 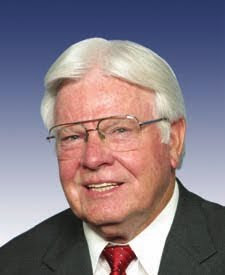 Where's your beard, Santa?
By ‘very early beginnings of Christmas’ I can only assume that Rep. Brown means the arbitrary selection of 12/25 for Jesus’ birthday, despite a complete lack of solid evidence for when His birth might have taken place, for the purpose of co-opting the various pagan festivals from which we get such wonderful Christmas traditions as “Yule logs,” “Christmas trees,” and “fun.”


The fact that we even have to talk about this makes me want to rant in ugly fashion about politics and society and all sorts of things that are decidedly not in the spirit of the season.

Look, I love Christmas as much as the next sporadically practicing Christian. I think it's a wonderful time of the year where people exhibit the best qualities of humanity and (hopefully) family. But Jesus Christ, can we please stop trying to legislate every goddamn thing in this country? Liberal, Conservative, I don’t give a damn. Just stop it and leave me alone. I want to enjoy my egg nog in some fucking PEACE.


Nobody wants to kill Christmas. Nobody is going to kill you if you won't celebrate Christmas. Just let it be what it is: a chance to be with your family, or celebrate with your friends, or go to church, or even just a day off of work. That's it. Let it be.

AND, as a side note, I would like to propose legislation that officially bans the use of the following terms unless uttered in a sarcastic manner:


These terms make me want to use my mind lasers to explode the Media. And you wouldn’t want that, Media.

P.S. I totally want to submit that photo of Henry Brown to sketchysantas.com