Hi friends. Sorry I missed you yesterday. This is how I spent my day: two parts hanging out next to the toilet, three parts sleeping, one part getting punched in the face. So, no blog. Apologies all around.
But today is a new day. What do we have, interwebs?
Ah yes.
Allow me to put on my old E ‘D’ for a moment, would you? 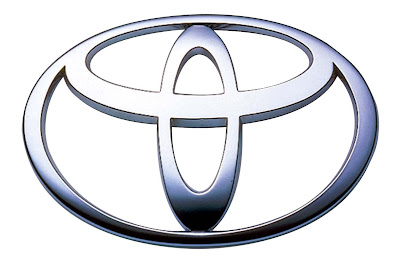 HEY GUESS WHAT, TOYOTA DRIVERS! YOUR CAR IS TRYING TO KILL YOU!
I don’t mean to make light of the fact that Toyota has recalled a total of 5.35 million vehicles because of an incredibly dangerous malfunction which causes some cars to crash due to unintended acceleration. Obviously, this sucks and is terrible for anyone who is a victim of this horrible defect.

That said, as someone born in the Metro Detroit area, whose parent’s job (like pretty much everyone else on that side of the state) is at least tangentially related to the American auto industry, I can’t tell you how many times I’ve heard people talking about how superior Japanese cars are to American cars.

‘The quality is just superior. And they’re cheaper, too. And they’re better for the environment. I hear that, in Japan, the factories are all run by robots instead of people. And they’re friendly robots, too. Robots who have their own unique and quirky personalities, like in those anime movies with the hot cartoon chicks. And they’re robots who sing songs, and help underprivileged children with their math homework. And before any car leaves the factory, a magical dragon blesses each and every part, and everyone waves at the giant ships that ferry the cars to America as they leave port, and some people even cry because they know they’ll miss the cars but gosh darn it those cars are off to make someone in America very very happy.

‘Which is good, because American car companies commune with the devil and are trying to destroy the environment and cheat decent people out of their hard earned money and kill our babies and GOD WHY WON’T THE TOYOTA CARS COME SOONER SO THAT THEY CAN SAVE US FROM THESE EVIL AMERICAN CAR COMPANIES?!

‘Also, on a completely unrelated note, I hate Walmart because all of their products come from China and contain lead. Why am I mentioning this right now? These last few sentences have nothing to do with my main point, which is that Japanese cars are made from fairy dust. The end.’

Maybe that was an exaggeration, but still you get the point.

I don’t know why people hate American cars so much. It seems like whenever I ask somebody, they point to some anecdotal personal story about how someone they know had a problem with their car once ten years ago so they just assume that they’re bad. I’ve been driving the same Ford car for seven years and had very few problems (finding wood to knock on as I write this). My car has certainly never tried to accelerate against my will. But my anecdotal evidence is no better than anyone else’s, so what are you going to do?

I guess that, like political parties, people just get this shit into their heads and then refuse to give it up.

Well hopefully now that a foreign car company has been forced to recall over five million cars in the United States alone, including the best selling car in America, we can stop the whole “Toyota is immaculate, GM, Ford and Chrysler is pile of shit” nonsense that people want to talk cars with me. That would make me very happy.

Oh, hey, meanwhile Ford posted $2.7 Billion in profit this year and will be sharing some of it with the Auto Workers, after winning both Car and Truck of the Year awards at the North American Auto Show. Also, they've just announced plans to bring 1,200 jobs to Illinois. Huh.
Posted by Unknown at 10:11 AM