Breaking News!! Famous people’s marriages in jeopardy because of sex! Person A apologizes! Will Person B take Person A back? What about the kids!!
What’s your reaction?

Rinse and repeat.
Ah the glorious little patterns of daily life’s tedium.
Blah blah blah. Get on with it. I have college basketball to watch.
Where have you been, by the way?
Drinking whiskey with Jesse Miller.
That figures.
You know, that band isn’t half bad. Black Jake and the Carnies. Ypsilanti’s original kings of crabgrass.
Would you please stop shamelessly plugging other people’s stuff?
Eat me. HEY, SPEAKING OF Rinse and Repeat: I can understand why old people hate technology, especially when this happens. An elderly couple’s Brooklyn home has been mistakenly raided fifty times, apparently due to some “computer glitch.”
You would think after raid number 48 turned up no murderers, drug pushers, rapists, thieves or politicians (ZING says I!) that one of the many police officers who have visited over the years would have said, “You know, maybe this is a waste of time…” and looked in to it.
Of course, it’s possible that Rose and Walter Martin could just be extremely good criminals.
Geriatric geniuses? Genii? How would you write that?
You wouldn’t.  It’s a stupid joke.  SPEAKING OF stupid… do you like these transitions?
Keep up the good work.
SPEAKING OF stupid, how about a dip into the mailbag? Usually junk mail is just that – junk. They are sometimes fun to read. My favorite today is entitled “Ent he polished the brass door knob on the front door.”
“T reminds me of Atlantic City,” said Uncle Lucky. “Let’s drive do”
And that’s it. That’s all there is. This is maybe the first time that I’ve ever wanted more from a junk message. Who is Uncle Lucky? What reminds him of Atlantic City? What does “Let’s drive do” mean?
I need answers!!!
WHY, JESSE JAMES?! WHY?! 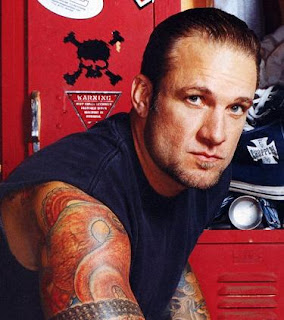 “I don’t know. Do I look like the type of guy who would sleep around with a tattoo artist behind my Oscar winning actress’ back?”
Yeah, Jesse, I guess you do.
Posted by Unknown at 10:41 AM

BT can sure get down, but what an asshole of a drunk.