Like the Odd Couple but with Knives. And in China.

What can I say. First Canada and now China. I’m on a xenophobic kick I guess…

They’re maybe not known so much for their patience and tolerance.

Quoth Guo Liwei: “I told Zhao about it and he became angry. He verbally abused me several times, prompting me to kill him.” 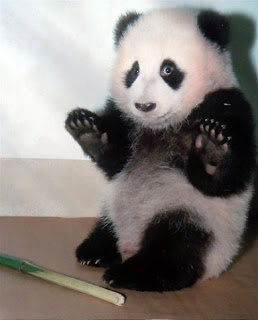 "I forgot my custom made anti-snoring mouth guard for Pandas!  Please don't shoot!"
Might I recommend nasal strips or earplugs next time before you reach for your cutlery?

If all of my past roommates had acted like that every time I did something annoying, I would have been dead hundreds of times over. My girlfriend would probably be up in Genghis Khan territory.

Suffice it to say, I do a lot of irritating things. But I digress.

What are we talking about again?