Friday: Fears for the Red Beards

Somebody Save My Red Bearded Brethren!

A new species of titi monkey was discovered in the Amazon and then immediately declared endangered.  It figures that they finally uncover someone who can sympathize about having freakishly colored facial hair and now the little bastard is facing extinction.

The monkey's reaction, upon being told of his endangered status: 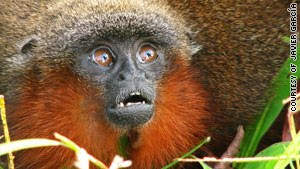 That's exactly the face I made, minky friend.

What's wrong with this picture? 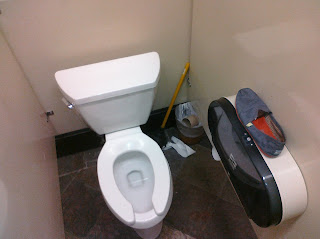 Oh you place of employment.
North Korea Continues to Live Up to Comical Stereotype that is North Korea

This is about half a month old and about the World Cup.  So who cares?  But still, who didn't see this coming from a mile away?  North Korea held a six hour long public inquiry into the failure of their soccer team.  What caused these poor 'footballers' to fail in their 'ideological struggle' to put balls into nets more often than foreigners?  Some blame ideological differences, or moral weakness.  I blame malnutrition and a lack of basic freedoms.  But hey, what do I know?

The Man, The Myth, The Legend

Joe Janes has a book signing tonight at the DeMaat theatre tonight, which is accompanied by a selection of his 365 Sketches and a good old fashioned talkin' portion.  If you have the night free, you should come on out.  Here's some more information, and I might call ahead for tickets if I were you.  I'll be there tonight, singing one of the songs.
Posted by Unknown at 11:35 AM