Snowpocalypse II: Seriously, Guys, It Might Actually Happen This Time

It's the end of January, which means it's time for your yearly SNOWPOCALYSE/Ain't-been-this-bad-since-'67/Chicken-Little call for a gigantic city-crippling blizzard.

There is an informal rule regarding this type of pronouncement, which is: "Every time the media says something will be awful, it's inevitably not that bad."

It's only when something creeps up on you unannounced that it's actually that bad.

This won't stop us all from hoping and praying for an adult snowday.  And hey, maybe we'll actually get the 20+ inches of snow that everyone seems to be convinced we'll get.

If that's the case, I have the following back-up plans in mind:

Email ThisBlogThis!Share to TwitterShare to FacebookShare to Pinterest
Labels: Adult Snow Days, Arrested Development was Gone Before its Time, Fluff the Beef, Pormanteau and other Big Words, Snowmanteau

Recently I enjoyed some catered Italian Beef from a local beef establishment.  It came in a big box, lovingly packed full of delicately sliced beef and painstakingly prepared gravy.  And it came with instructions on how to "fluff the beef."
If "Fluff the beef" sounds vaguely sexual and even pornographic to you, then know that you are not alone.

And since I have a microphone at my disposal, I went ahead and made an ode to Italian Beef, using excerpts from those very instructions.  I submit the following, for your listening and fluffing approval:

P.S. A couple of notes, the words used in this actually appear in the printed instructions.  I didn't make anything up.  Second, I got the music from a royalty-free music site.  Hooray Interwebs!
Posted by Unknown at 9:44 AM 3 comments:

Allow me to discuss sports, now that both teams I care about are out of the running (one only freshly out of it, and one probably out before last season started).

Say what you will about the Chicago sports fan, but they are passionate.  Last Sunday's game, for example:

Yet as I drove home following the game (viewed in the suburbs with the greatest baseball girlfriend ever and her family), local talk radio had already declared this a "failed season."  Playing in the NFC championship game at home, with a chance to tie in the fourth quarter with a third-string quarterback, and they're calling this a failed season.

This city demands excellence from their football team.  And when excellence is not obtained, questions must be answered.  Why didn't Jay Cutler play through the game on his injured knee?  No, he wasn't playing well up to that point, and no they had yet to score a point while he was in, but if this city is going down with the ship then the quarterback is coming with us, grade II MCL sprain or no.

And this city demands excellence from it's fans, to the point where some guy got fired from his job as a car salesman for wearing a Green Bay Packers tie on Monday.

I like football as much as the next guy, but maybe I'm just so used to losing by now that this kind of thing seems bizarre to me.
Posted by Unknown at 10:40 AM No comments:

Email ThisBlogThis!Share to TwitterShare to FacebookShare to Pinterest
Labels: Chicago, Chicago Bears, Do You Really Need a Crossbow for That, Football

Okay, Sketchfest. A random assortment of thoughts from Robot vs Dinosaur's Sketchfest show:

(1) There is a lot of merit to doing a “best-of” show. Mostly because you are performing pieces that you already know work. There should be no freaking out about whether or not people will laugh at the sketches because they have all been done before and proven to get laughs.

(2) That said, I will always freak out about whether or not people will laugh. Apparently this is just in my nature.

(3) I cannot be more pleased with the way our twist worked out. The concept for this show was that our “best-of” performance is interrupted by Nazis from the show that we are writing for the spring. At the end, the show is literally invaded by 20+ Nazis (some fantastic extras that Joe convinced to do the show) and a humongous fight ensues. It was an incredibly chaotic spectacle and was so much fun to watch during rehearsal; I can only imagine what the audience thought going from a ‘small’ show performed by six people to a gigantic mob of people.

(4) Also, we skyped in Greg from Florida to be our Nazi leader, projected onto a screen over the stage. This was the moving part I was most worried about and it came off beautifully.

I can’t wait to get the performance video from sketchfest. My girlfriend taped the beginning but unfortunately my camera ran out of battery, so I’ll comb through what we got and try to cut up some video for people to see.
Posted by Unknown at 10:45 AM 1 comment:

Obligatory "Hey I Haven't Written Anything in a Long While" Post


Things I have done lately that should be talked about on this blog at some point in the near future:
(1) Trip to Arizona over the holidays, including a picture of ducks
(2) Chicago Sketchfest performance for Robot vs Dinosaur
(3) Any upcoming plans for RvD related stuff.
These three things will be talked about soon. I promise you. For now, here's a picture of this:

Email ThisBlogThis!Share to TwitterShare to FacebookShare to Pinterest
Labels: Dazzle

ROBOT VS DINOSAUR at Chicago Sketchfest!

Come spend an hour with us as we relive our short lived glory sketches in an ‘unplugged’ environment. There will be sketches and songs and even a staged reading of something too inappropriate to be staged. And as always the show ends catastrophically. 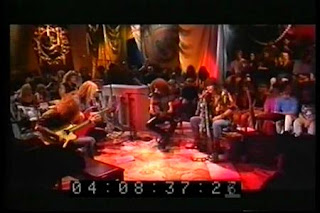 New Year: Let's Do This

Normally this time of year is for reflecting on the past year and making resolutions for next year, but to hell with that.  I saw the Electric Six live in the D on 12/30 and I'm inspired.  This year is the year of this:

Let's melt some faces off.
Posted by Unknown at 3:15 PM 2 comments: