A Letter From Elvis Presley Concerning the 'Birther' Debate

Somehow, the following letter fell into my hands.  This is not at all forged in any way, shape or form and is one hundred percent legitimate in every way imaginable. 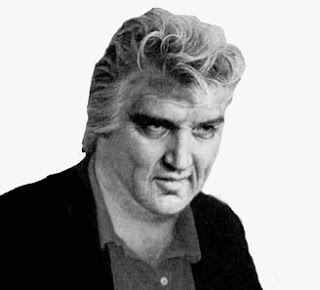 
My name is Elvis Presley. I am a 76 year old man living in Necochea, Argentina, going by the assumed name Sven Torgensen. I once had a very successful entertaining career in the United States before faking my own death and retiring here. This move was a product of both a desire to shun the limelight as well as the emergence of a very lucrative real estate deal with a firm of aliens from outer space.

I had hoped to live out the rest of my days here on the beach, honing my whittling skills and learning to play the guiro, until passing away peaceful in relative obscurity. However, due to your recent insistence in perpetuating so much nonsense State-side, I feel compelled to break my silence.

I know a hoax when I see once, sirs and madams. In fact, I am a hoax. I am currently living a hoax. I know hoaxes better than anyone outside of Adolphus Hitlersen, who lives five doors down the street from me.

You will ask questions that start with “Isn’t it funny,” or “Don’t you think” or “Could it be” and the answer is no. No, it’s not a forged certificate. No, ‘Certificate of Live Birth’ is not different from ‘Birth Certificate.’ No, no, no and shut up.

I have no patience for this nonsense; even from thousands and thousands of miles away. I know that I once said that I don’t dig the intellectual bit, but neither do I dig abject stupidity. The man has been your President for several years now, and will be until such time as he is either (a) voted out, or (b) reaches his term limit. No amount of Trump’d up charges (See what I did there? The old dog can still turn a phrase.) will change that.

Frankly, perpetuating the myth that this is a 'hoax' is an affront to hoaxes everywhere.  I know for a fact that the producers of the moon landing footage are very upset as well.

Talk about issues. Talk about policy. Talk about anything else you like, but it is horse manure like this that is slowly killing the political process in my old homeland, and is the kind of nutjob whackery that makes faking one’s own death and moving to South America so gosh darned appealing.

Sven Torgensen
A.K.A Elvis Presley
Posted by Unknown at 11:36 AM

"I know hoaxes better than anyone outside of Adolphus Hitlersen, who lives five doors down the street from me."

Coke out the nose.