Oh sure, I love to make fun of politics. But I have problems taking a serious discussion of it seriously. You see, beneath my cheery exterior lies the dark soul of a cynic. Where other people see ideological differences between Republican and Democrat, I see a difference of branding.

As a result, I am not deeply surprised when an anti-war President continues the policy of fighting several wars at once. Nor am I surprised when the party in power during the gigantic subprime mortgage nightmare tries to blame the subprime mortgage nightmare on someone else. With precious few exceptions, they’re all vying for the same campaign money and the same votes. The rest is just noise.

It’s all part of the shell game that is democracy in the age of mass media.

However, as deeply cynical as I am, there is one that I simply cannot abide under any circumstances: flat out stupidity.

Sarah Palin is one of those instances of flat out stupidity.

Recently, Sarah Palin was asked to expound upon Paul Revere’s heroic ride through Massachusetts – and by expound, I mean ‘just tell us very simply what he did, you know, like a grade school student could do.’

Her response was this:

Oh no, that’s the Beastie Boys. This song is almost as historically accurate as what Sarah Palin actually said, which was this:

Yeah, play that back again real quick and soak it in. This could have been our Vice President. Which, granted, Biden spends about half of his day asleep. But at least he’s not saying that. I mean… come on.

Of course, once the spin cycle kicked in, we get articles like this claiming that while perhaps not the most eloquently put statement ever made in the history of, well, history, it is technically sort of kind of factual.

Apparently, when captured, Paul Revere bragged to the British that five hundred Americans were on their way to kick some ass. Whether or not he said ‘We are gonna be secure and, ahhhh… we are gonna be free” is up for debate. Although, considering Paul Revere was Paul Revere and Sarah Palin is Sarah Palin, I’m willing to bet the “ahhh” was added at the very least.

But go back and replay that third video. And ask yourself ‘Is Sarah Palin trying to share with us a little known fact about the American Revolution? Or is she just trying to bullshit her way out of not knowing the most basic facts of the single most important period of time in the history of her own country?’

Although, she did get that he rode a horse. So hey, that’s something.

So America, please: if worse comes to worse and she’s on the ballot at any point during the whole election process, DO NOT VOTE FOR SARAH PALIN. 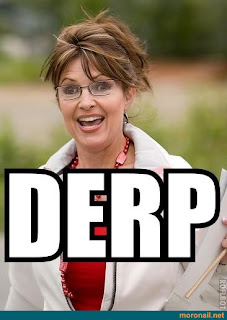 To the Islamo-Fascist Topping,

Why do you hate women and America? Sarah Palin will be our next President. She is just great. If I may quote Mary Johnson on the Facebook Sarah Palin page:

PUT OUR COUNTRY FIRST. WE NEED SOMEONE WHO IS WILLING TO STAND UP AND SAY WHAT NEEDS TO BE SAID. THE WHOLE PRESS THIS AND PRESS THAT- THEY ARE JUST SCARED-BECAUSE WHAT SHE SAYS IS THE TRUTH AND NO ONE HAS THE PARDON MY ENGLISH BALLS TO SAY IT. AND SINCE SHE IS A WOMAN THEY TRY TO MAKE IT SEEM AS THOUGH SHE IS STUPID OR DOESN'T KNOW WHAT SHE IS TALKING ABOUT OR THAT SHE IS TALKING IN CIRCLES OR NOT ANSWERING THE QUESTION. WHEN SHE JUST PUTS IT OUT THERE AND THAT THEY ARE JUST SCARED THAT WHAT SHE IS ACTUALLY SAYING IS THE TRUTH AND THAT IT TAKES A WOMAN WHO DOESN'T REALLY CARE ABOUT WHAT OTHERS THINK TO THROW IT OUT THERE ON THE LINE AND JUST THEM THEM HOOK AND SINKER THEMSELEVES... RUN PALIN RUN!!!!!! AND YOU WILL HAVE MUCH STRENGTH OF THE NATION BEHIND YOU- THE PEOPLE THAT REALLY CARE ABOUT OUR OWN COUNTRY AND OUR OWN LIVES
AND WHATS IN OUR OWN BEST INTEREST....

But you will never understand, Traitor Topping, because Communists can't read.

I usually make it a point never to read anything that's all in caps, but this has changed my mind.

Where did I ever get the 'PARDON MY ENGLISH BALLS'* to even write such a post?

*I presume that has something to do with billiards, right?