Jack White.  Half of the group The White Stripes, modern day guitar legend and producer.

Mozart.  He was Mozart.

Together?  One of the most unholy of songs ever created in the history of man kind.

It is not safe for work.  Not safe for pretty much anything.  It is a horrible, vile, disgusting song about licking ass.

And I love it.

"Mozart: dope for the most time,
Respected, 'cause he knows art."

More info can be found on the Third Man Records website.
Posted by Unknown at 10:16 AM No comments: 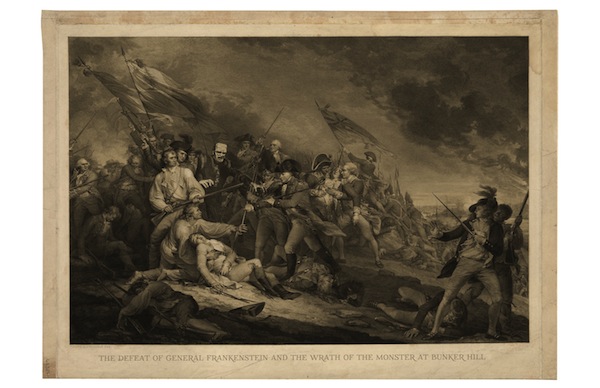 By Matthew Bucholz, by way of Serial Optimist.
Posted by Unknown at 1:15 PM No comments:

The Most Beautiful Place in America

Prepare for some rampant Michigan homerism.  And... GO!

Whenever I try telling someone from elsewhere in the country that Michigan is a very pretty state, they inevitably look at me like I’m crazy. For most people, ‘Michigan’ conjures images of Detroit, urban decay, civil unrest [looking at you, MSU fans…], the decline of the auto industry, poor governance and the Michigan militia (a group recently called ‘goat-raping rednecks’ by my very own kin).


People don’t normally think 'pretty' when they think of Michigan, but for a lot of the state that’s exactly what it is: pretty. Growing up, I was lucky enough to have parents who appreciated that and recognized the importance of passing on an appreciation of their home state to their kids.

Nearly every summer we would take that trip ‘up north’ to that corner of the lower peninsula; normally we would camp, though sometimes we’d stay in Traverse City – the land of cherry pies, beaches and pirate themed mini-golf. But without fail, we would always take a trip over to the Dunes and to tiny Empire, Michigan.


Here is a picture of Sleeping Bear Dunes National Lake Shore:
According to legend, a mother bear and her two bear cubs went running into Lake Michigan. The two cubs fell behind the mother, who reached the shores of Michigan only to find that her children had drowned in the lake. The mother bear waited on the shore, and eventually she waited for so long the sand covered her over and she became the dunes. The children became the Manitou islands off the shores of the dune.
It’s a sad story but a beautiful one in its own bittersweet way, and the natural beauty of the Dunes reflects the timelessness of the legend perfectly. For countless centuries people have come to the Dunes to witness the beauty, reflect on the peaceful atmosphere and to simple enjoy the lake shore.

As little kids, though, we didn’t really care about legends or timelessness or any of that. In fact, we usually wouldn’t even make it far enough to see the beautiful vistas, to hear the gentle crashing of the waves against the shores or smell the aroma of that Great Lake. Instead we would spend hours climbing and tumbling back down the glorious mountain of sand. We played in an enormous sandbox, where any falls were cushioned by the sand and where the wind picked up your kites and carried them high above the Dunes for all the other children to see. By the end of the day we would be too tired to walk to the water, too covered in sweat and sand after climbing up and down the mother bear’s back for anything other than a nap.

After leaving the National Park, we would always drive over to Empire and have dinner there in an old inn. Afterwards, we would walk over to the Empire beach and swing on the swing set or take a dip in the water.
What brings this up? Sleeping Bear Dunes was just voted by viewers of Good Morning America as the most beautiful place in America. I’ve seen many a beautiful place in America, but what can I say? I’m biased.

If you ask this Michigan ex-pat, though, I will tell you it’s worth the trip.
Posted by Unknown at 9:59 AM 1 comment:

So naturally once you've made fun of a gigantic statue for being an excuse to show off plaster panties, it only makes sense to go on a pilgrimage to that very statue, no?  Is the statue as gauche and bizarre in person as it appears to be in the photographs?  Let me answer that question with ANOTHER PHOTOGRAPH:
As you can see, not only does Forever Marilyn titillate and arouse, it also provides much needed shelter to families and middle aged couples alike.  Looking at this picture, I like to think of the original movie and imagine that beneath real Marilyn Monroe was a lilliputian army of pervs staring up her skirt.  But hey, that's my hangup, not yours.

The question on my mind, though, was 'What do all of the other sculptures in the area think about Forever Marilyn?'

I had a chance to catch up with Jack Brickhouse, seen here practically salivating.  Obviously, a Forever Marilyn fan.
Nathan Hale?
Not so much.
Posted by Unknown at 6:44 AM No comments:

I have figured out why I haven’t blogged lately.

My last post was post number 666, which is the purported mark of the beast and also just a naughty number in general. No wonder, then, that I’ve been struck by a lack of insight, inspiration, and various other positive words that begin with ‘in!’ It’s the devils fault!

I’m now working to exorcise the demon. Step one was post 667. Following this, I’ll be putting myself in touch with a priest, buying some sage brush, learning Latin and eating angel food cake.

Hopefully more to come. I still have to clue you all in on my pilgrimage to Forever Marilyn, let you know how incredibly awesome Cowboys and Aliens was, talk about food, and then possibly weep. I’d say check back periodically, but I’ve said that before and I’m running low on the will to apologize, so if you like you can subscribe, put this on your Google Reader or what have you, check Facebook occasionally, or wait for carrier pigeon notices.

Ok. Back to fighting the devil.
Posted by Unknown at 10:06 AM No comments:

Email ThisBlogThis!Share to TwitterShare to FacebookShare to Pinterest
Labels: seriously this is why you havent written anything for almost a month, The Devil
Newer Posts Older Posts Home
Subscribe to: Posts (Atom)