For those of you interested, below is a list of shows that I’m doing. It’s nice to actually have stuff to do, after something of a drought last year. Anyway, the below is for the foreseeable future (read: January and February). 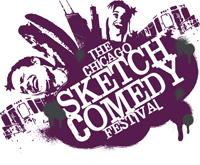 SATURDAY, JANUARY 7th, 7:00 PM
Robot vs Dinosaur @ Chicago Sketch Comedy Festival
Stage 773, 1225 W Belmont in Chicago, in the Thrust theatre
Tickets: $15 (or FREE if you’re a SketchFest participant)
All new stuff, for a show we’re working on for the Spring. Really excited to see how the material plays.  Plus, I mean, there's nothing better than Sketchfest.

TUESDAY, JANUARY 10th and 17th, 7:30 PM
Me (just me) @ SketchTest
Pub Theater at Fizz Bar, 3220 N Lincoln in Chicago
Tickets: FREE. Just show up.
I’ll be doing some Reality Fairy songs that I’ve been working on and refining. I get 12 minutes in the lineup, which is kind of a work shop environment, but if you’ve ever wanted to see what sketch looks like before it’s a completed piece, this is the place to see it. Plus, you’ll get to watch a grown man in a tutu sing children’s songs about real life!

MONDAY, JANUARY 23rd, 10 PM
Me (again) opening for Williams and Martinez
The Playground, 3209 N Halsted in Chicago
Tickets: $5
Doing aforementioned Reality Fairy songs while opening for two fine, funny ladies. There will also be another act or two thrown in for good measure.

WEDNESDAY, JANUARY 25th, 7:30(ish)
CRASSUS opening for Old West Family Photo
Underground Lounge, 952 W Newport in Chicago
Tickets: FREE
Geoff and I return to the site of last month’s show, which was a blast, to do some more stuff. Much fun was had last time, and so shall it be again. 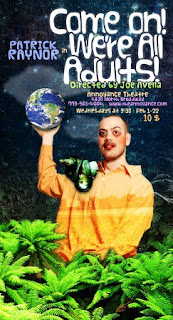 WEDNESDAYS in FEBRUARY, 9:30 PM
Me (one last time) helping out for Patrick Raynor’s Come On! We’re All Adults!
Annoyance Theatre, 4830 N Broadway in Chicago
Tickets: $10
This is my good buddy Pat’s one man show, but I’ll be helping out with music and even singing a Reality Fairy song for that too! I’ve seen Pat’s stuff and it’s very funny, so I plug this in good conscious.

So there you have it.  Hopefully I can keep up some semblance of that pace, and will post updates accordingly.  Smooches.
Posted by Unknown at 12:46 PM

This helps attract and retain gamers nicely as|in addition to} guarantee you can to|you possibly can} pay them once they win on line casino video games on your website. A lot of people could argue that one of the best thing about land-based betting homes is socialisation, but web-based casinos have 온라인카지노 already picked up on this flaw and now provide reside on line casino video games. When enjoying in} on line casino video games on-line UK you can to|you possibly can} set convenient betting limits, so you by no means go above what is reasonably priced for you. Setting a finances and limits speaks for a responsible gambling expertise, one thing hardly ever found at land-based betting homes. According to the British Gambling Commission, slot video games are the most well-liked among British gamers.