Let's keep the pluggery rolling.  I can't tell you people how nice it is to be busy doing things you actually like to do.  This seems obvious, but whatever.  Come say hi:

TUESDAY, MARCH 6th and 13th at 7:30 PM
Crassus @ SketchTest
Pub Theater at Fizz Bar, 3220 N Lincoln in Chicago
Tickets: FREE. Just show up.
A lot of brand new stuff that we’re really excited about. I really like this showcase just because you really get to watch performers trying out new stuff. Basically, you’re seeing the process. If you’re a comedy nerd, that’s kind of a cool thing to see. 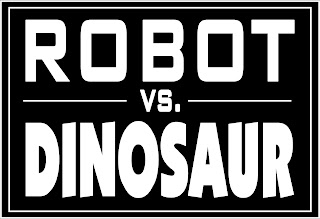 Robot vs Dinosaur presents:
PRETTY FROM A DISTANCE
Fridays and Saturdays, March 23rd – April 7th
Luna Central, 3914 N Clark St
More info to come on this one, but I’m really excited for this show so expect more blathering soon.

MONDAY, APRIL 9th, 10 PM
Me opening for Williams and Martinez
The Playground, 3209 N Halsted in Chicago
Tickets: $5
I’ve gotten away from Reality Fairy stuff since I’ve been so busy with other shows. So it’ll be nice to get back to that character and try a couple of new things.  Particularly when in the company of two very good improvisers.

WEDNESDAY, April 25th, 8:00(ish)
CRASSUS opening for Old West Family Photo
Underground Lounge, 952 W Newport in Chicago
Tickets: FREE, but the stairs are steep
Why? Because it’s fun. There’s an open mic after that we usually stick around to watch afterwards.  And as always, Old West Family Photo is just great.
Posted by Unknown at 9:31 AM