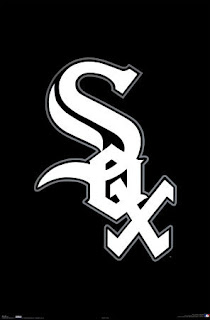 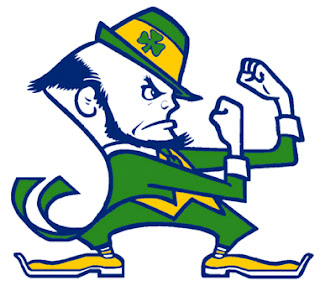 Straight voodoo.
Posted by Unknown at 10:11 AM No comments:

Somehow I evidently signed myself up for an email list that is supposed to send me “comedy job” listings.


I don’t know how this happened, since I don’t recall ever even seeing an opportunity to sign up for anything along those lines. I would remember such an opportunity, since I like comedy jobs and would like to have one, but I’m pretty sure that never came up. Yet, lo and behold, every Thursday a new email entitled “Today’s new Comedy jobs within 50 miles of Chicago” descends from the Interweb ether and lands like mana in my inbox.

The first time I saw this little message sitting among the ‘Facebook Notifications,’ the “Somebody Twittered Somethings” and the ‘Your Daily Groupon/Amazon/LivingSocial’ schlock that represents the majority of all incoming electronic correspondence, I didn’t quite know what to think. Being a comedy writer and performer in Chicago, I was pretty sure that this was a ruse; there are no comedy “jobs” within 50 miles of Chicago. Sure there’s ample opportunity to go ply one’s trade for free or for minimal money if you’re willing to do that yourself. Jobs, though?

And yet, I knew that Google Analytics and Internet Market/Spying had come a long way in the past few years. Was it possible that the Interwebs had not only learned to read my passions and desires over my shoulders, but also found a way to locate previously unknown sources of income? And then developed the benevolence to piece together a weekly email just for me highlighting the many possible paths to comedy success and fulfillment?!

“Come with me,” said the Internet, extending a welcoming and helpful hand down to me. “Let me pull you from the abyss and lift you up into the light of your future!”

“Really?” I asked in disbelief, bogged down in the day-to-day existential quagmire of my office job. “You would just do that without any prompting? You, who up until now has only been good for funny cat pictures, irrational political snark and free pornography? Are you now some sort of magnanimous electronic genie machine?”

“Shhhhhhh.” The Internet placed a digit on my lips to quiet me. “No questions now. Come with me.”

And so, with the excitement of a child on Christmas morning crammed into however long it takes to click and open an email, I tore open the electronic envelope and gazed at the wonderment of the very first Comedy job listing:

Perhaps a stray posting had accidentally wandered into my All-Comedy Jobs email. I took a look at the next couple of listings.

Am I mistaken?  Is there a massive amount of Comedian Nurses running around hospitals dispensing witticisms, performing pratfalls and reading charts aloud while doing funny impressions, all for the general health of – neonatal so that’s what? – prematurely born children?

Is there anything other than ‘RN?’

Ah yes, the ‘RS.’ Well, that’s a little closer to what you would expect for a comedian. Still not a comedy job.

But alas, it turns out I’m woefully under qualified for “Bread and Butter General Surgery.” Evidently you still need an MD, or at least a background in baking.

Disappointedly I clicked back to my inbox. Then I did what I usually do when I’m disappointed on the Internet: I found a YouTube clip of someone getting hit in the nuts by a dog. And in that moment, I felt just slightly better.

So now, whenever I see my weekly “Today’s new Comedy jobs within 50 miles of Chicago” email, I do what I normally do with the e-phemera that floats through my inbox. Sometimes I’ll open it to remind myself of the cruelness of life and the general stupidity of the Internet, but usually I just toss it.
Posted by Unknown at 10:53 AM No comments: